It cannot be right that in the sixth largest economy in the world, people in Brent, Harrow and beyond are in food poverty.

Marcus Rashford has captured the national mood with his campaign to extend Free School Meals to children outside of term time during the Covid-19 pandemic. 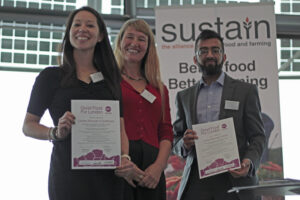 This is a cause I have been fighting for for years and I was proud to introduce a holiday food scheme in Brent in my role as Cabinet Member for Public Health in partnership with the Mayor of London.

As a result of my work in alleviating food poverty, Brent Council was recognised as the ‘Most Improved Borough’ for their progress in Good Food for London since 2016.

During the Covid-19 pandemic I have been volunteering for my local Mutual Aid delivering food and pharmacy goods to people and have also volunteered at the London Community Kitchen food poverty relief efforts in Harrow and in Brent.

Sadly, while I have been supporting people at their time of need, the Tory London Assembly Candidate for Brent and Harrow has been playing petty politics by attacking me in the local press when I have been volunteering to address this important issue.

I am also a Member of the Co-operative Party who as part of their main campaign calls have been fighting for food justice: calling for a Right to Food, tacking food poverty locally, and campaigning at all levels of government for change; A campaign which I proudly support.