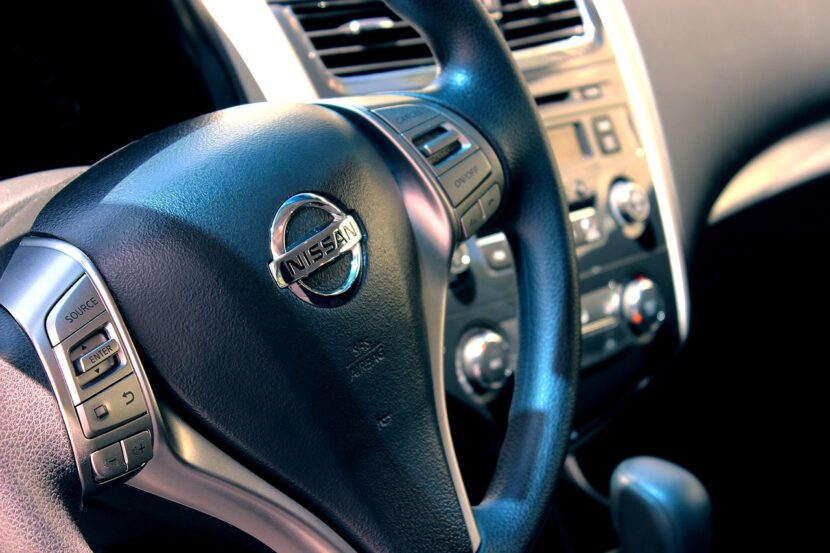 As part of the Mayor of London’s bold action to tackle dirty air across the capital, Sadiq Khan has today announced an additional £5 million for the scrappage scheme that is accelerating the move to cleaner vehicles across London.

The scrappage scheme aims to help Londoners on low incomes or with disabilities ditch their older, more polluting vehicles and switch to cleaner models, ahead of the Ultra Low Emission Zone expansion in October 2021 up to, but not including, the North and South Circular roads. Since the scheme was launched in 2019, it has helped replace or retrofit more than 10,000 vehicles.

As well as low income Londoners, the scheme has already successfully helped micro businesses, sole traders and charities to scrap more than 5,000 older vans. While the enthusiastic uptake of the vans scheme means that this element is currently suspended, it also means that Londoners are benefitting from reduced emissions from thousands of vans, even before the ULEZ expansion happens.

Motorists can apply for:

Charities can continue to access funding to scrap minibuses, given their vital role in our communities and the recovery from the coronavirus pandemic.

Polluting vehicles account for around 50 per cent of London’s harmful NOx air emissions. The health impacts of air pollution have an economic cost to the capital and research from the Confederation of British Industry (CBI) has showed that cleaner air could also boost the economy by £1.6 billion.

The Mayor’s additional investment in London’s scrappage scheme has been made without Government, unlike the scrappage schemes supporting Birmingham and Bath’s Clean Air Zones which have received significant Government support. This is despite the fact that Londoners are paying hundreds of millions of pounds in Vehicle Excise Duty every year, even though only a tiny fraction of it is spent in the capital.

The Mayor of London, Sadiq Khan said: “Air pollution is a national health crisis that is stunting the lung development of our children and leading to thousands of premature deaths.

“Despite the lack of Government support, our car and motorcycle scrappage scheme will continue to help low-income and disabled Londoners scrap their older, polluting vehicles and switch to walking, cycling and public transport or a cleaner vehicle.

“In central London, the Ultra Low Emission Zone has already helped cut toxic roadside nitrogen dioxide pollution by nearly half and led to reductions that are five times greater than the national average. But pollution isn’t just a central London problem, which is why expanding the ULEZ later this year will benefit Londoners across the whole of the city and is a crucial step in London’s green recovery. There is no time to waste. We know pollution hits the poorest Londoners and those from Black, Asian and Minority Ethnic communities the hardest, which is why I’m doing everything I can to improve the health for all Londoners.

“We need the Government to follow London’s lead and help clean our filthy air once and for all, by strengthening the Environment Bill to include WHO recommended air quality limits to be met by 2030 and supporting a targeted national vehicle scrappage fund that will help motorists across the UK to ditch their polluting cars.”

Suha Al-Khayyat, Artistic Co-Director at Little Fish Theatre Company said: “Little Fish Theatre works with underserved young people across London. The company tours large scale theatre shows into venues big and small, relying on good transport for its theatre set and actors. Before the scrappage scheme, Little Fish was using a van that was far from environmentally friendly. The scheme enabled the company to put a large deposit on a new vehicle which finally met the safety standards needed, providing us and all our hard working staff with a comfortable and reliable mode of transport. Without the scheme, it would have taken a number of years to raise the funds needed for the upgrade. We are now the proud owners of a Euro 6 van that meets the ULEZ standards, enabling us to reach more young people.”

Alex Williams, TfL’s Director of City Planning, said: “We know that London’s dirty air hits the most vulnerable the hardest. It leads to thousands of premature deaths, induces asthma and impacts the development of children’s lungs. That’s why the expansion of the ULEZ up to but not including the north and south circular is vital for the health of Londoners. The larger zone, which is 18 times the size of current one, will see harmful nitrogen dioxide cut by around 30 per cent across the whole city. We recognise that some more vulnerable Londoners may need a vehicle to get around, which is why we are delighted to announce this additional £5million to help them make the green transition.”

And/or applicants in receipt of one or more of the following non means-tested Disability benefits:

The applicant must also reside within the Greater London Authority boundary.

The CBI report was published in 2020: https://www.cbi.org.uk/articles/what-is-the-economic-potential-released-by-achieving-clean-air-in-the-uk-1/#:~:text=CBI%20Economics%20research%20on%20behalf,an%20individual%20attends%20work%20ill 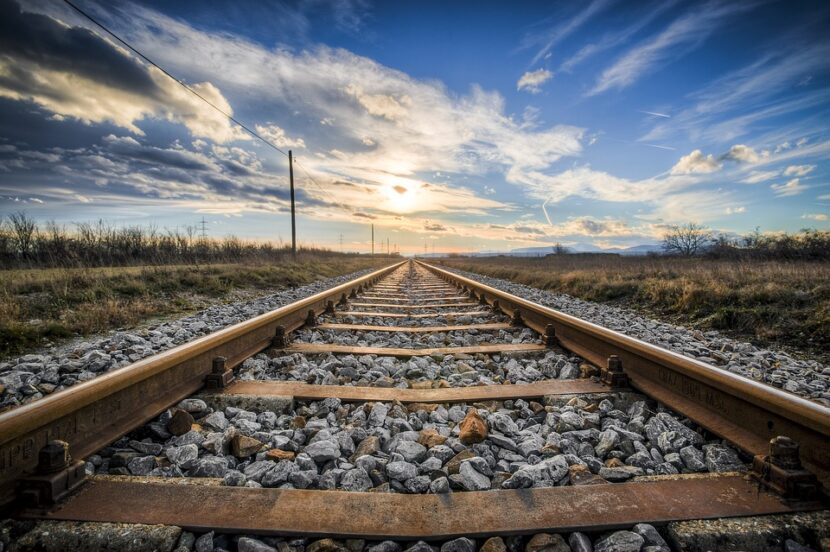 Tube noise continues to be a huge issue across London. Within my constituency Transport for London (TfL) has trialled different lubrications on some trains in Kingsbury as this ‘further reduces friction between the wheels and track, particularly around curves’ and this has proved successful. When do you expect to roll this vital initiative out to the entire fleet?

Tackling Tube noise continues to be a priority for me and for Transport for London (TfL), including around Kingsbury where TfL is investigating new on-train lubricators, which, as mentioned, could reduce friction between the wheels and track, particularly around curves.

Unfortunately, recent testing has found that the initial design is not suitable for installation on the Jubilee line fleet. TfL is now investigating different designs of on-train lubricators to assess whether these could be installed on the Jubilee line.

I have asked that TfL officers keep you updated on the progress of these works.

Can you also please provide a date for the spring 2021 fitting of electrical lubricants on the Kingsbury track as promised by TfL back in February?

The installation of electrical lubricators, which should help to mitigate noise by more reliably applying lubrication to the track, is now expected to be completed by the end of July 2021.

These works have unfortunately been delayed as a result of social distancing requirements due to the coronavirus pandemic, but I have urged Transport for London to ensure they are completed as quickly as possible. 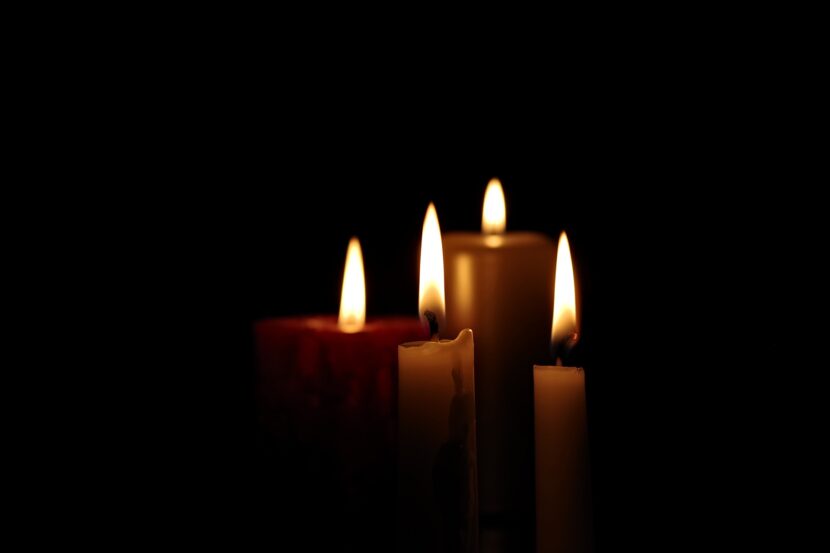 So many lives have been lost to Covid-19 but the ability to grieve has been significantly impacted by the pandemic too.

The ability to grieve is so important for mental wellbeing following the death of a loved one.

To support the In loving memory of Londoners lost campaign, Thrive LDN has commissioned Cruse Bereavement Care to run a series of webinars aimed at boosting the knowledge and confidence levels for those who encounter bereaved people while at work. The training provides better understanding of how bereavement impacts individuals, families, organisations and communities – and the support available.

The webinar is being run on the following dates:

Find out more and register for free via Thrive LDN.

Please share with anyone who you feel may benefit from attending one of the sessions.

With the Ultra Low Emissions Zone more commonly known as ULEZ due to be extended to Brent this year, there is a generous scrappage scheme in place for people on low incomes.

You have the choice to either donate to Brent Solidarity Fund here. The fund helps local residents facing financial hardship with small funding to pay utility bills or fund their immediate needs.

Without your support, we would not exist, many thanks everyone